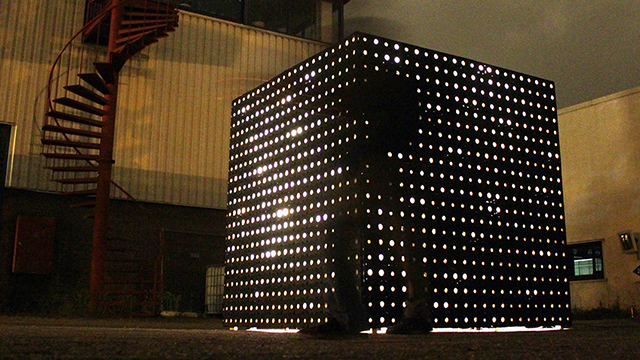 Video Art is a large cube, made up out of hundreds of obsolete VHS tapes that we gathered from the last remaining video rental store in our home city when they were planning to bring them to the dump. During the day the work is a massive black cube with a pattern of white dots, that only reveals what it really is when you get up close to it, while at night a quitly rotating light shines from inside of the cube, through the many white circles, evoking the feeling of a lighthouse or a beacon.

Video Art was made for the Sneeuw en Ruis Festival in Utrecht, which was an ode to glitches, degradation and noise in all kinds of media. The work served as a visual connection in the space outside between the two venues hosting performances and shows during the festival. The work revealed an interesting generation gap between older people recognizing the VHS tapes for what they were, often leading them to run their hands over the tapes, reminiscing about movie nights in the past or going to the movie rental store in their youth, while younger kids who never experienced the VHS medium tried to figure out what the cube was made out of.

At the festival we also made an interactive projection on a projection screen made out of magnetic VHS ribbon, showing a glitched live feed from a 3D camera of the audience during the live music acts in one of the venues.

The festival took place on the 13th of June 2015, at the VechtclubXL in Utrecht. More info about the festival can be found at their website, or at their Facebookpage. 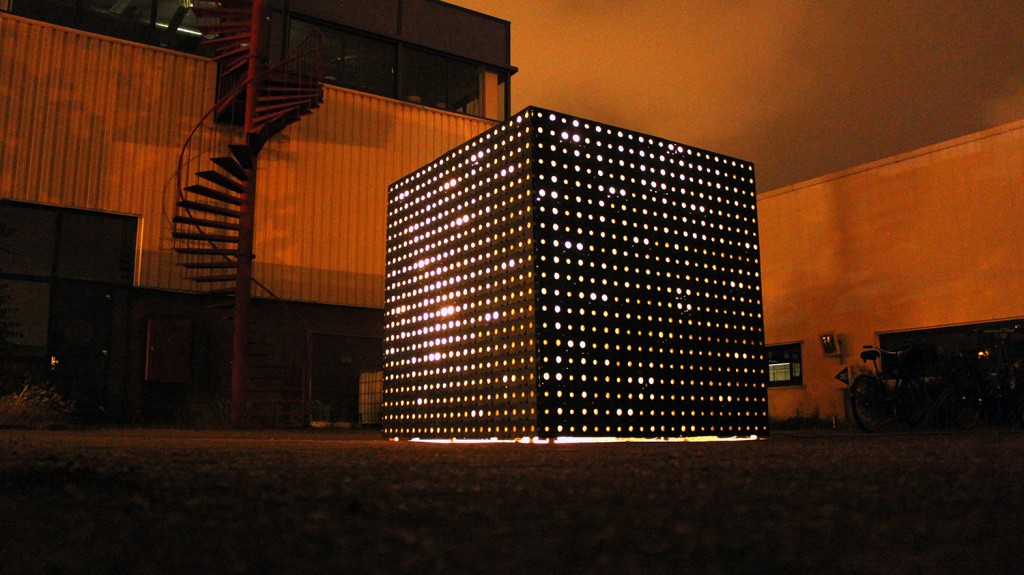