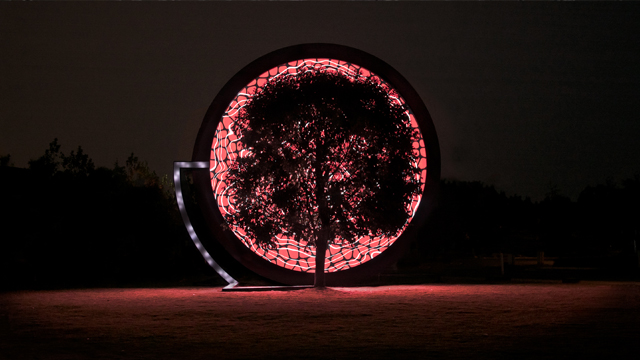 We helped Thijs Biersteker with the realisation of his project Voice of Nature βº1 for the art festival Light Up Bashu in Chengdu, China. Voice of Nature was nominated for the S+T+ARTS PRIZE 2019.

Voice of Nature visualises the state of being of a tree by using real time data in order to talk about the urgency of climate change in a way that’s undeniable.

The digital art installation Voice of Nature uses real time data that indicates the wellbeing of a tree to warn us about climate change.

“Trees and their tree rings are data capsules showing the change in climate happening over the years. Environmental changes and the impact of pollution is indicated by the yearly growth levels shown in the rings. With these accelerating shifts taking place we don’t have time to wait years for this data” says Biersteker. “It’s time to speed up the process to a human pace and show with data what nature is trying to tell us.”

Using real time data coming from sensors attached to a tree, the algorithm can generate a tree ring every second. Indicating the tree’s well being and the impact of the environmental changes as they are happening at that moment.

Data with a human touch
Visualised on a giant aura like screen behind the tree you see the tree rings appear in an almost meditative way. The sensors measure amongst others the par light spectrum, moist levels, soil- temperature-moist rain levels, air quality and co2 levels. With this data we generate a ring that indicates the growth levels of the tree, second by second. For example an increase of polluted air or decrease of light coming in is directly visible on the giant screen.

With the tree responding to human touch, Voice of Nature shows in a poetic way that humanity has a big influence on the changing climate. By touching the tree the artwork calms down or has its energy levels grow, leaving the spectator with an empowering message instead of the depressing idea of being powerless.

We were tasked with creating the system of sensors monitoring the tree and its surroundings, and creating the software that interprets the sensor data and readies it to be used to generate the animations. 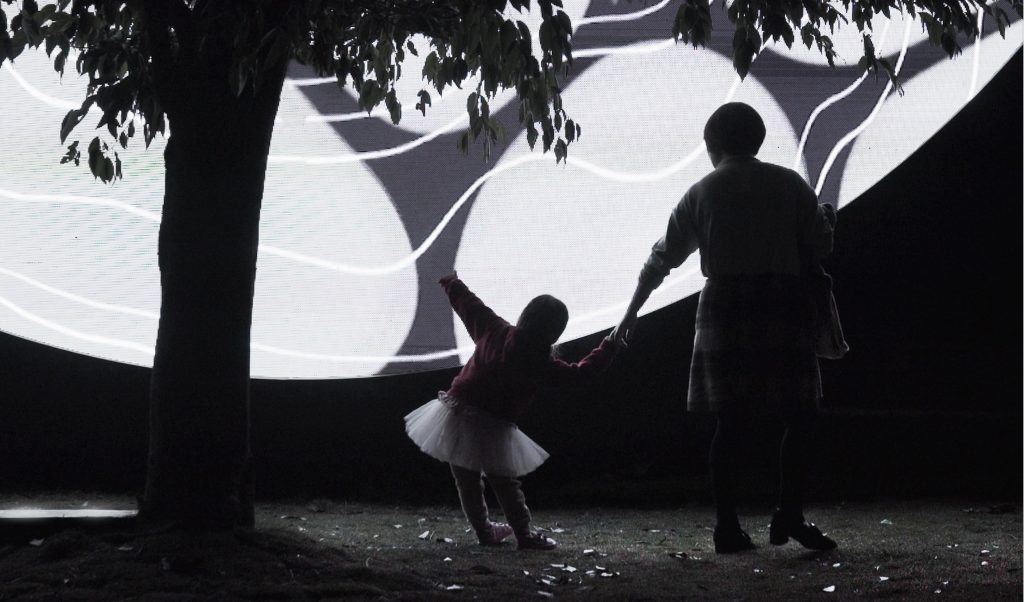